About Us » Our Heritage 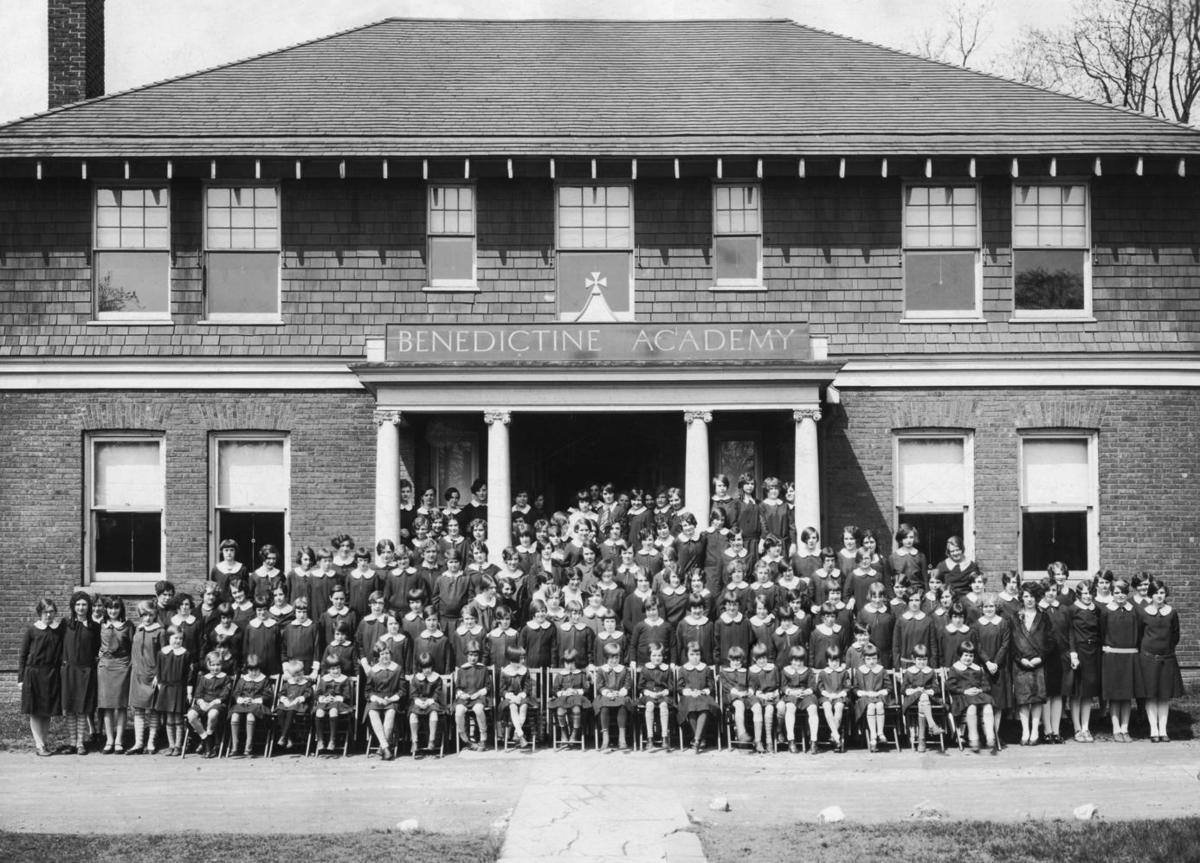 Benedictine Academy is a Catholic secondary school for young women founded in 1915 by the Benedictine Sisters of Elizabeth, New Jersey, a monastic community of religious women dedicated to education.  The original purpose of the academy was to develop the academic, spiritual, physical and social potential of girls and young women from the surrounding community.  It was first operated close to mid-town Elizabeth in a facility known as the Governor Voorhees Mansion located at the corner of North Broad Street and Magnolia Avenue.  Sister Veronica Lawlor was the first principal with purview over a student complement of twenty-four in grades one through twelve.

The academy quickly received statewide recognition in 1920 when it was fully accredited as a secondary school by the NJ Department of Public Instruction.  During this tumultuous post-World War I period, the sisters continued to provide a well-rounded education to young women with “devotedness that sought, above all, the best interests of each student.”  Along with their academic development students were taught that service to others is a human, Christian, and civic responsibility.  Documentation of this service orientation dates back to 1922 when the Joan of Arc Mission Society at the academy raised money for the missions through the sale of candy, baked goods, and greeting cards.

Graduates of the academy went on to receive baccalaureate and advanced degrees from some of the most prestigious colleges and universities in the United States and abroad.  Some answered the call to religious life. Many are leaders in their chosen professions.  As professionals and volunteers, they have had a positive impact on the quality of life in the wider community.  Many have so valued their education at the academy that they choose to send their daughters to Benedictine and to refer their sisters, nieces, granddaughters, and friends.

opposite their monastery in the historic Westminster section of the city near the border with Hillside.  A growing student population in the 1920s and 1930s led the sisters to expand the campus through the acquisition of two contiguous properties with large homes.  Benedictine Academy now consisted of three buildings, which the sisters named Marian Hall, St. Ann and St. Joseph.

As the World War II effort gripped the nation during the early 1940s, one charming story portrays the students augmenting their academic studies with the knitting of socks, scarves, and hats for the use of American men-at-arms.  They also collected tin cans for the war effort, penned letters of encouragement to servicemen and held special prayer services for their safe return.

At mid-century, with the academy attracting students from a wider service area that included Union, Essex, Morris, and Middlesex counties, enrollment surged.  This unprecedented growth led the Father’s Club to sponsor the construction in 1954 of a spacious modern brick facility that now forms the core school structure.  By the late 1960s, the academy stood at the pinnacle of its enrollment – 450 – and had reopened Marian Hall to accommodate burgeoning ninth grade and sophomore classes.

But during the 1970s and 1980s, winds of change would dramatically create the need for the sisters to re-evaluate the academy’s position.  For the first time in the academy’s history, it experienced declines in enrollment.  Demographic and societal changes had produced more culturally diverse populations within the community.  New regional high schools were opened in the service area or immediately adjacent to it.  Unable to finance structural repairs to the deteriorating Marian Hall, which had provided instructional facilities for so long, the sisters were forced to make the difficult decision to raze the building.  Ultimately, a series of annual deficits through 1988 led the sisters to the realization that they were at the very brink of a decision to close the academy forever.

The Benedictine Sisters not only chose to keep the academy open and revitalize its mission, but they also devoted monastery funds totaling $600,000 to that purpose.  They engaged an independent consultant to assist in the facilitation of their goals.  A solid commitment was made to continue to provide a quality Catholic academic education to any qualified young women who aspire to a college education.

The first step was to incorporate the academy separately from the monastery and create a new governance model.  A community-based Advisory Board of Trustees was created in 1988 and as its first order of business held a retreat in 1988 for the purpose of establishing specific goals for the academy in the areas of Curricula, Finance, Development, Facilities, and Enrollment.  All the goals set at that retreat, including the attainment of full, ten-year accreditation by the Middle States Association of Colleges and Schools, were achieved by 1996. 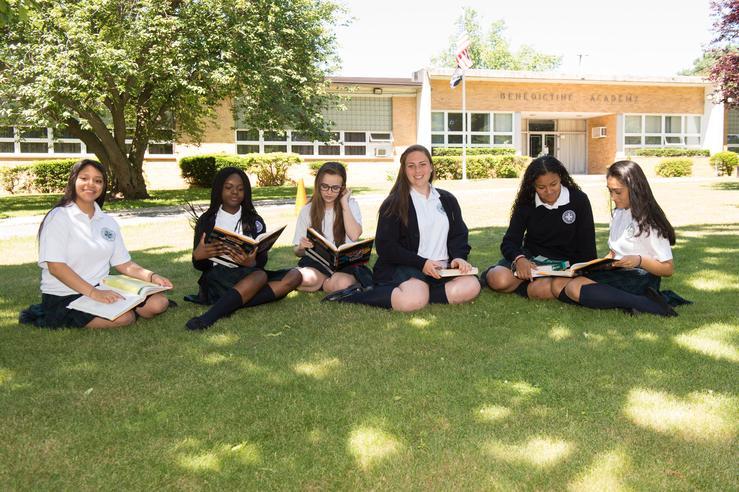 Benedictine Academy, which celebrated its Centennial year in 2015, became a 21st Century learning environment that offers students individualized attention and encouragement to build the solid educational and spiritual foundation they need to for future success.  The Academy has a state-of-the-art interactive Science Lab, the latest high-tech learning tools.  Currently, at just under 200 students enrolled, the Academy is fully accredited by the Middle States Association of Colleges and Schools.  Benedictine Academy is a member of the New Jersey State Interscholastic Athletic Association (NJSIAA).